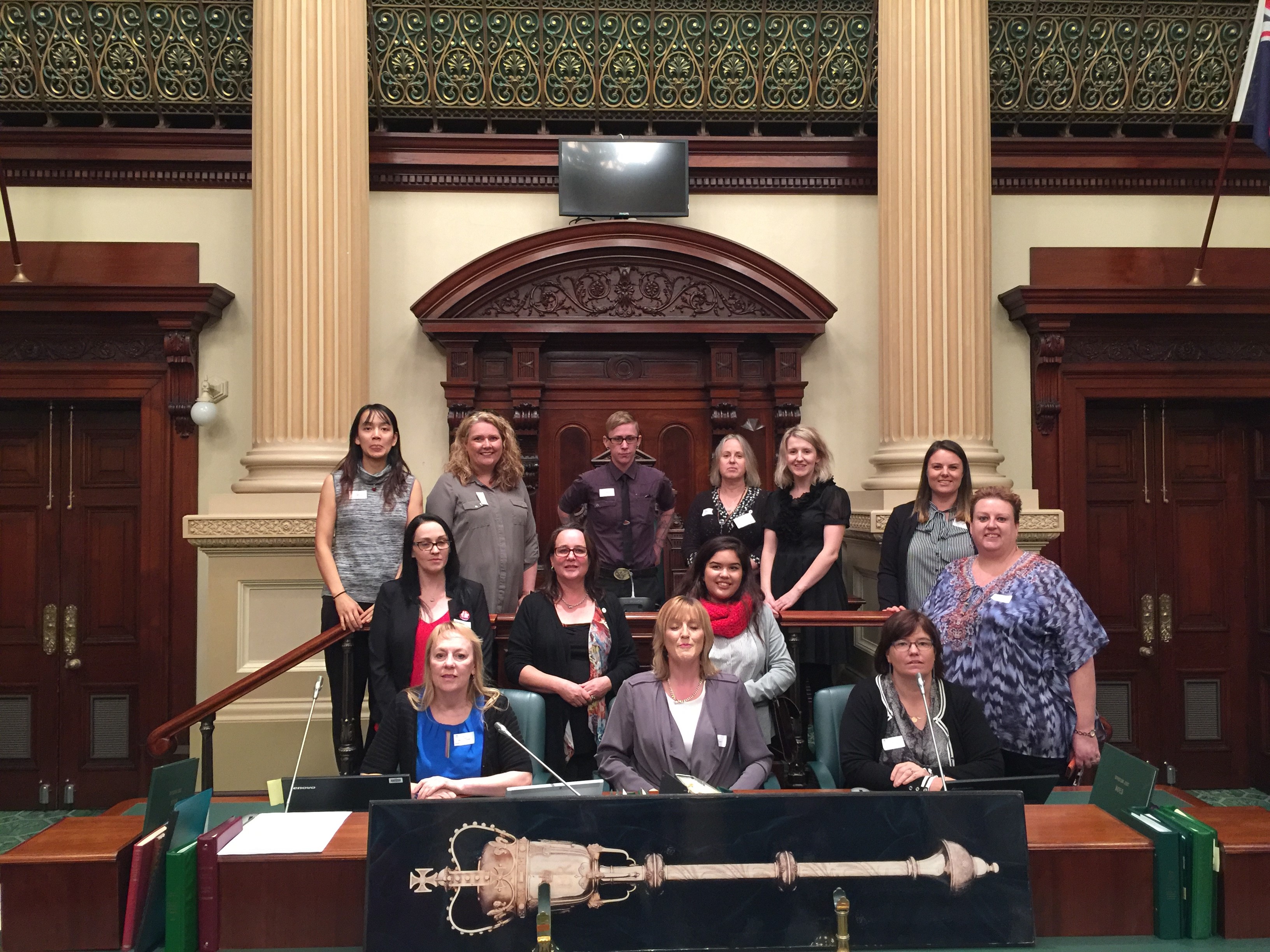 The Anna Stewart Memorial Program has been split across two weeks to assist participants and employers manage the program.

Email Helen Adams at SA Unions or call her on 8279 2225 for more information.

The training program is designed specifically to give women an insight on how unions operate and how women can be more active in their union.

The Anna Stewart Memorial Project places a group of women union members in different unions for two weeks experience. They see how the union is organised and its relationship to other unions. They become involved in the issues which are important to members, participate in union offices and meeting with members, officials, other unions and SA Unions.

The first Anna Stewart Project was held in Victoria in 1984. SA Unions held its first program in 1985.

The project aims to increase women's active union involvement and to increase the union movement's acceptance and understanding of women members.

The strength of the union movement is based on its collective, democratic organisation and its unity of purpose.

While women's share of union membership is rising, their participation in union affairs is lagging. This reflects women's major share of child rearing and domestic work and the lack of awareness in many unions of the problems facing women members and ways of involving women. The Anna Stewart Memorial Program provides a way - alongside many others - in which these problems can be addressed.

All union women members are invited to apply.

Kindly supported by Wearing & Blairs Law and ME Bank

JOIN THE FIGHT!
SIGN UP TO GET EMAIL UPDATES ON CAMPAIGN EVENTS